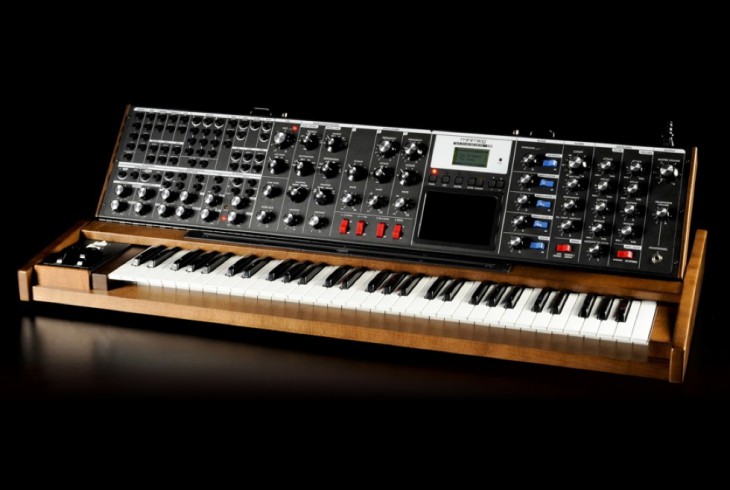 The now-legendary Voyager was coming up soon on 10 years in the public eye.

Chief Engineer Cyril Lance asked what we might do (quickly!) to update it and make a 10th Anniversary model.

He'd suggested a longer keyboard, so onstage players could do away with bringing a larger controller for their laptops or rack synths, and a ribbon that would give some new control. I sent some photos of long, wide modular synthesizers – and pointed out that, besides looking really cool, the existing circuits of the CP251 and VX351 boxes could be added without much trouble, making the Voyager a true modular synthesizer.

Reflecting back on the beginnings of the original Voyager, it was nice to be still involved in the reboot all these years later. It all happened surprisingly fast (less than 2 months, which is crazy!) Due to the extensive price, everyone thought it would be a flagship design; the best of the Voyager designs, but not many people might buy it. We were all proven wrong; the sexy-looking (and working...) Voyager XL came out and started selling like crazy! Many people wanted it for the stage, and others use it as the “front end” controller for a bigger modular system.

I'm really proud of our teamwork on this one and think it's still cool as can be.