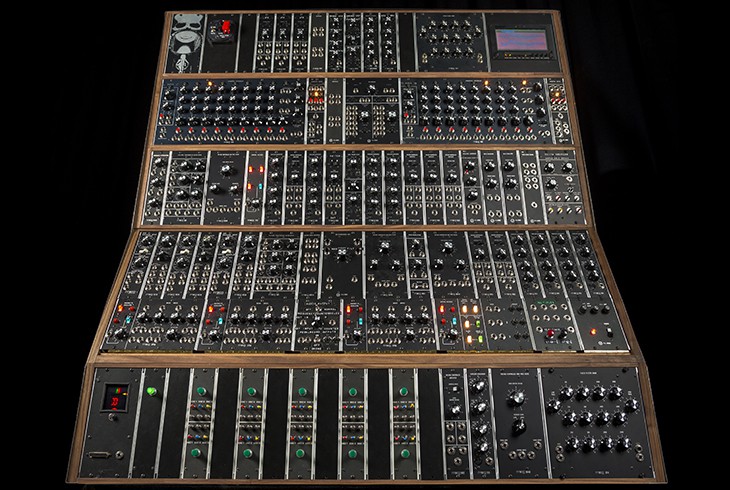 Digging deep into Moog's history, I came across dozens of original employees, from the 1960s to the 1980s.

I was working with Moog Music and it became obvious we could re-launch the original Moog modular synthesizers (60/70s) from the old drawings and plans.

As these are – by far – my favorite synthesizers of all time, I was put on the team to bring them back. We realized that others had been building “clones” of Moog-type modules all over, and something special needed to be done to launch the idea of “original Moog” modules back in production.

We decided to start with the toughest one of all; the Keith Emerson Moog synthesizer.

The original instrument (1969/70) had just been restored by Gene Stopp with some input from me. We knew how to do it, and took on the ambitious project with the help of the existing Moog team. Very soon, it existed, an EXACT copy of the original – and the news was launched on April 1, 2015: April Fool's Day – so no one believed it! A few short weeks later, Keith himself appeared onstage with TWO systems (his and the new EMMS model we'd made) and the reality set in – the original Moog was back! (When Keith came into the room for the first time, he was astonished to see two of his system there, and even asked: “Which one's mine!?!?”

Moog has done very well with these synthesizers. Although made in rather small production runs, they have sold better than the originals did - and are being used all over the world as valid modern instruments! 50 years after they first emerged, this “dream come true” project was finally a reality.