I have done three books with the amazing Kevin Ryan. We're very similar in styles and taste, but with different skills that make for a great partnership. CurveBender Publishing is our book company; we have done three books and have a fourth coming sometime within a year.
www.curvebender.com 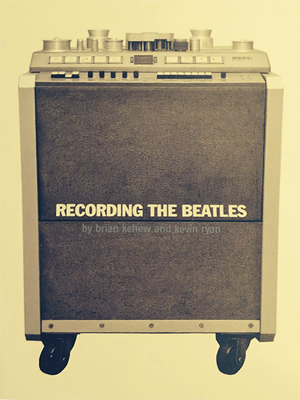 Our first book was an enormous undertaking.
“If we knew it would take this long, we never would have started!” Along the way into my own book project, I discovered Kevin Ryan, who was researching the same topic as I, and we joined forces midway. The project came to be called Recording the Beatles, and I suppose it will probably be my “life's work.”

Taking well over 10 years to complete, the book project took us around the world, from Australia to Amsterdam, and we made dozens of friends among the Abbey Road staff, past and present. We built the book that we (as fans) wanted to read, and ended up starting our own book publishing company.

Major music publishers wanted the book, but would not agree to our desire for more photos and higher quality papers and printing; they wanted a book no more than 300 pages (“it won't sell otherwise”) and with very few photos (“they are too expensive.”) As it happens, the book came out well over 500 pages and it has hundreds of photos. We realized most books are either text-based or beautiful photo-designed “coffee table” books. We wanted both – story/history plus photos and functional diagrams. The book is nearly 12 pounds and sizeable (heavy and expensive to ship); as the then-manager of Abbey Road said “It's not a coffee table book; it IS the coffee table!”

The book has been out over 10 years and has done very well. As publishers, we still own and control it. To celebrate the decade-plus of its existence, we are currently working on a newer, larger edition that should be quite an update! 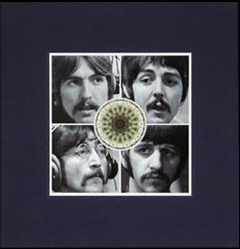 While researching RTB, we sought out original photographers and asked them to see ALL their Beatles studio shots, not just “the good ones.” We wanted to track activity, see the backgrounds, make discoveries in photos never-before-seen. I remember very clearly finding a World Book Encyclopedia from 1968 in a thrift store, and in it was a tiny photograph of The Beatles recording Sgt. Pepper, credited to Henry Grossman.

At the time, very few people had websites, and we could not easily find Henry. Soon we were cold-calling H. Grossman names in the New York City phonebook, and that finally put us in direct touch with the man himself. Little were we to know that this Henry would become a close friend, and we would discover his amazing work – possibly one of the country's best photographers. It started simply; he sent us four possible photos (all unseen) on The Beatles in the studio. Each was exceptional – not just good – and he wanted a LOT of money for use of the rare photos. We chose two and were honored to included unseen Beatles pics to help tell the story.

After the book came out, I went to NYC to meet Henry in-person, finally. He was pretty stunned by the book, and loved the paper and inks we used – always high quality. I asked if he had more photographs of the band, beyond the first four he'd shown us. He brought out what amounted to about 7,000 Beatles photos, well over 90% of them never-before-seen! We quickly signed him up to our publishing company, and created his first book for us, Kaleidoscope Eyes. All the photos are done in the studio, taken one night while working in 1967 – it is the closest we'll ever have to a film of them recording Sgt. Pepper. Like our RTB book, it mixed his storytelling with the actual photos. Objectively, it is one of the most substantial and beautiful of all Beatles photo books. It's sold very well, but we still have some left of the 1967 copies made! 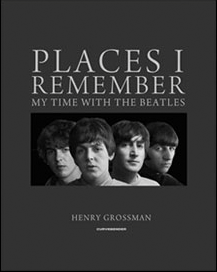 When Kaleidoscope Eyes came out, we started on the second book for Henry, our third: Places I Remember is the best of his thousands of Beatles photographs. Henry's connection to the band was unparalleled; he had unique access to them – due to his great charisma and warm charm (which we had already fallen for ourselves.)

His private and intimate shots covered nearly 5 years of their heyday, and objectively (as Beatle-book collectors ourselves) it may be the greatest Beatles photo book. It was a very limited run of books, very expensive to produce, and sold out in 3 months. Promoting the book, Henry appeared in the press all over the world, including a long segment on 60 Minutes. It's wonderful to see such a huge talent finally get his deserved respect and accolades – as well as sales – from even this small portion of his work!

Kevin and I have been working quietly on a new book since 2014. It's related to these others but is very different in subject matter. It will certainly be our biggest honor to do this one, and we are taking our time to make it as strong as possible. Hopefully, it will be announced later this year...

Presented by Brian Kehew & Kevin Ryan, authors of Recording the Beatles - the definitive book charting the eight-year recording period that defined the studios.

Kaleidoscope Eyes: A Day In The Life of Sgt. Pepper

Henry Grossman photographed everyone from President Kennedy to the Beatles. "60 Minutes" correspondent Morley Safer spoke with the man who captured so many historic moments.